There is a famous saying in Romania: “winter is not like summer” (ro. “Iarna nu-i ca vara”), and honestly, I relate to it as I don’t really enjoy winter: cold weather, shorter days, exams in January and February and so on. Still, for us, Romanians, winter entails various types of celebrations, apart from the good ol’ Christmas and New Year’s Eve. 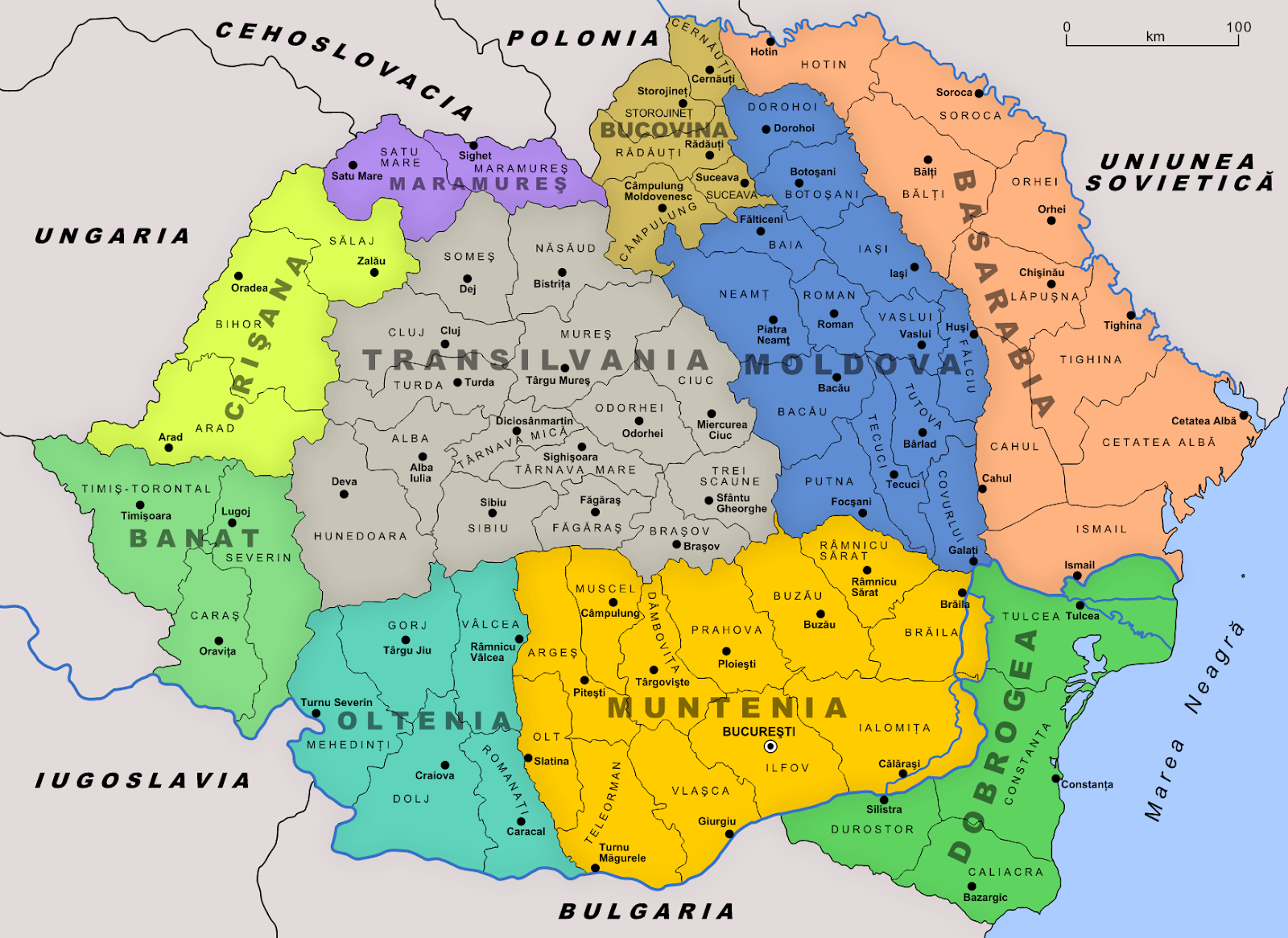 As in a lot of countries, our National Day represents an occasion to be proud of being Romanian. We usually have military parades in Bucharest and Alba Iulia, and a lot of Romanians chose to celebrate this day by eating some local dishes: “mici” (sausages without casing) or beans with pork knuckle (ro. fasole cu ciolan).

On the 6th of December, we celebrate Saint Nicholas (ro. Sfântul Nicolae), who is considered to be the protector of children. And besides wishing Happy Name Day to the people whose first names are Nicolae, Nicu, Nicole, Nicoleta, and other variations, the tradition says that well-behaved kids will receive some small presents in their boots from Saint Nicholas in the night between the 5th and the 6th of December. As a child, I remember I was always nervous on the evening of the 5th because everyone said that the kids who hadn’t been good that year would only receive a little twig from Saint Nicholas. Also, it was very important to clean your boots because Saint Nicholas wouldn’t put gifts in dirty boots - I guess that having clean boots somehow meant that you were also well-behaved. So, in Romania, we start giving and receiving gifts well before Christmas, starting with Saint Nicholas. 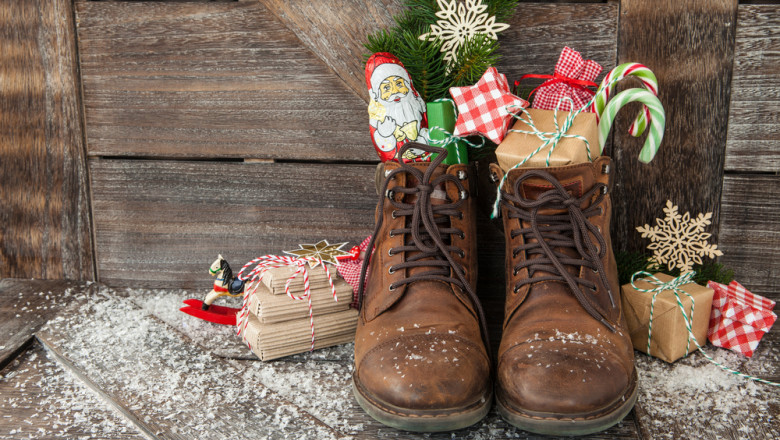 Celebrating Christmas in Romania is similar to the Christmas celebrations in all Christian countries. We exchange gifts on the 24th or on the 25th of December, or we wait for Santa to come during that night, and on one of those 2 days, we gather around the table for a big meal with our extended family. However, we do have a unique tradition in Romania: especially in rural areas, a few days before Christmas, one’s family would gather for “Pomana porcului” dinner after sacrificing pigs (as we usually eat pork for Christmas). It’s like a thank-you dinner for the family and friends who helped with sacrificing the pig, so it’s definitely not the place to be for vegetarians or vegans.

If you’re wondering what we eat for the actual Christmas dinner (whether it’s on the 24th or on the 25th), “sarmale” is a very popular dish - we also have it for Easter and at weddings. “Sarmale” are made out of minced meat combined with rice and different spices. The combination is put in cabbage or vine leaves in the form of rolls, which are then cooked with some tomato sauce, either in the oven or on the stove. For dessert, “cozonac” is the most common one in all of Romania’s regions. It’s similar to the Italian Panettone, and it can be filled with nuts, poppy seeds, chocolate, Turkish delight, candied fruits, or with any combination of those ingredients. 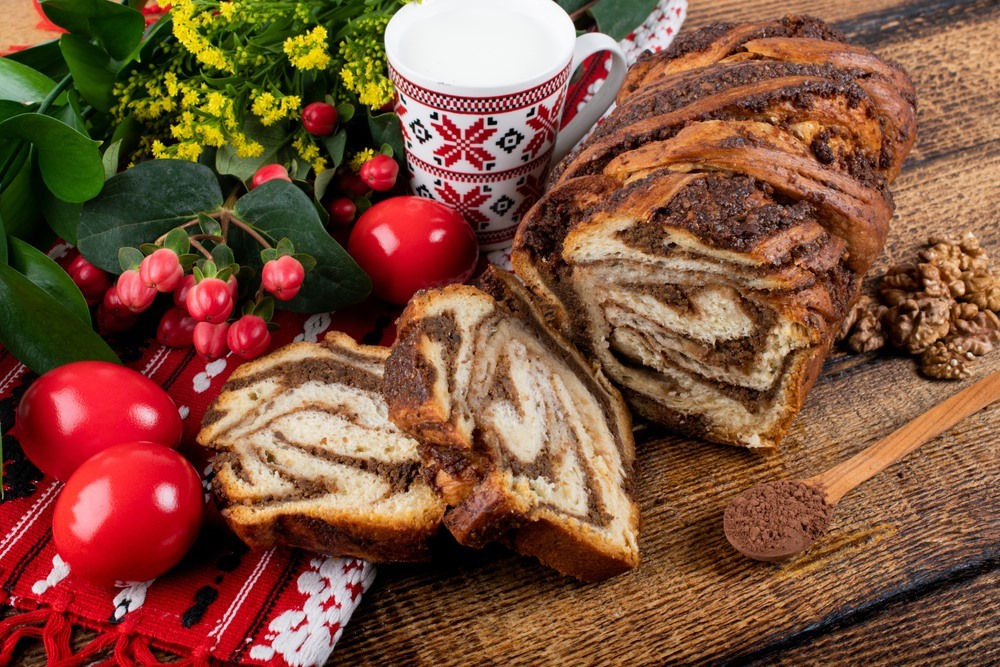 Another Christmas tradition would be singing or listening to Romanian carols. I remember going caroling with my friends in my neighborhood as a child, I have very fond memories of those times: people always welcomed us with a smile and some little treats, especially valuable after staying out in the cold. I know for sure that carols put everyone in a Christmassy mood so you better try listening to some good ol’ Romanian carols. We also have a specific type of caroling for the New Year that involves a group dance led by a person with a goat mask. In some regions, the group can be led by someone dressed as a bear. 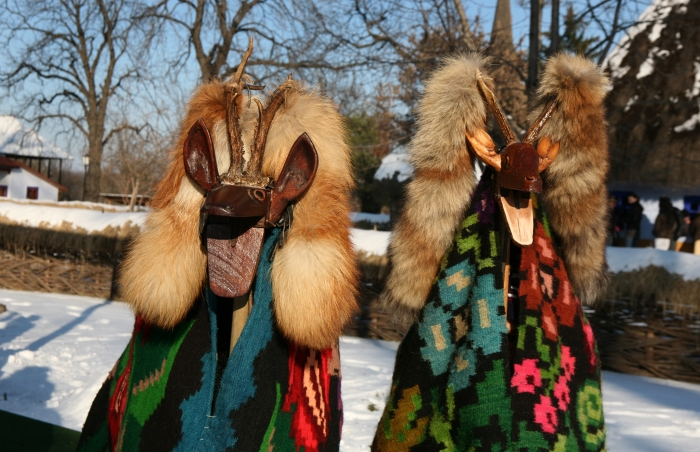 Romanians can be superstitious people, and so if you are spending New Year’s Eve in Romania you should be aware that:

~ You should not enter the New Year having debt otherwise you will be in debt all throughout the next year,

~ For the New Year’s celebration, it’s a good thing to wear something new (to bring novelty into your life in the next year) and something red (to keep the evil spirits away),

~ It’s recommended to eat fish for the New Year’s Eve dinner, so next year you’ll “live like fish in the water” - it’s a Romanian expression (ro. “a trăi ca peștele în apă”) and it means “to be in one’s element”,

~ At midnight, you must have some money in your pockets, which will help you become rich next year.

The superstitions don’t end here: the 6th of January, when we celebrate the Epiphany, marks the end of the 12-day cycle of Christian Christmas Celebrations and we believe that the weather on this day predicts the weather for the entire year. If we have warm weather, then the land will be dry. If we have a lot of snow, that will result in enough rain in the spring and rich crops in the autumn. That’s why, every year, we hope for the best and we expect to have, on the 6th of January, “Gerul Bobotezei” - “The Epiphany’s Frost”.

We have our own Valentine’s Day in Romania, but we call it Dragobete and we don’t celebrate it on the 14th of February, but on the 24th. There are a lot of theories about how the word “Dragobete” was formed, but we know for sure that the first part of the word (“drag”) translates to “dear” in English. The legend says that Dragobete is a genie who kisses all the girls that haven’t been kissed during the 24th of February because all girls that are not kissed on that day will stay single for the rest of the year. He wants to prevent that because he is considered to be the protector of love and good mood. 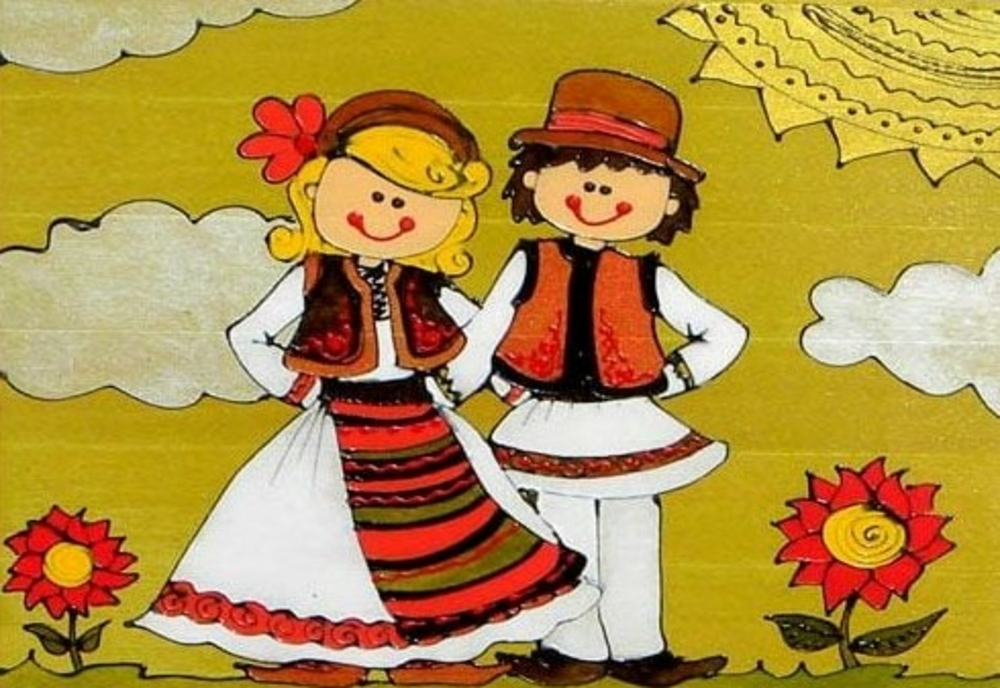 Winter may not be your favorite season (as I told you, it’s not mine either), but as you probably noticed, there are a lot of occasions to meet your loved ones. And if you’re more of an introvert, winter is also the best time to stay indoors, and have a hot cup of hot chocolate while watching some Netflix or admiring the snow outside.

Author:
Anonymous
Back to top